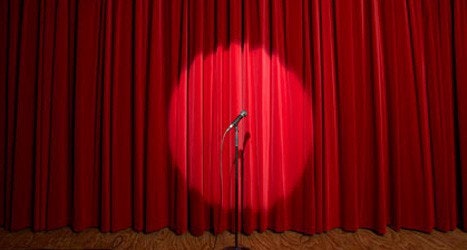 The world is changing.

The internet has become unremittingly, even dangerously serious. The consequences can be seen from the smallest of twitter disputes to the largest of reactionary revolts. Many of us would like to pin the cause on one political party or another, on one government or another. But the harsh reality is that no Western country, or state, or city was prepared for this crise de gravité.

Man is born joking, and everywhere is serious.

So today – we are going full-time jokes.

We’re standing up for internet jokes and creating tokens that represent ownership in them.

This post will dive into the ethos of making a joke—and more importantly, making money from a joke. As you’ll see, it is not only easy but revolutionary to do so using jokedao, our new decentralized joking protocol.

In Defense of Joking

It is impossible to read the compositions of the most celebrated jokers of the present day without being startled with the electric life which burns within their jokes. For it is not necessary that a joke should rely on its music, but if it does rely on its music that music will delight even the musical experts. Jokers measure the circumference and sound the depths of human nature with a comprehensive and all-penetrating spirit, and they are themselves perhaps the most sincerely astonished at its manifestations.

Jokers are the unacknowledged legislators of the world.

And they go by the name of jokers.

Indeed, our nation and our civilization were built on joking. Our forefathers and foremothers joked about roads and trains, farms and factories, then the computer, the microchip, the smartphone, and uncounted thousands of other things that we now take for granted, that are all around us, that define our lives. There is only one way to honor their legacy and create the future we want for our own children and grandchildren, and that is to joke.

All Jokes Lead to jokedao

We have before us today the opportunity to joke as we’ve never joked before.

Unfortunately—and this is no laughing matter—jokedao is broke due to an unfortunate case of not-yet-existing.

So in order to raise the funds to develop jokedao properly as a v2, we’ll start with a fully bootstrapped and bootlegged jokedao v1.

But before you say that v1 is kind of a joke, please know that we’re not kidding: the aspirations for jokedao are quite serious.

If jokes have always been decentralized—inheritances reshaped by epoch, audience, and teller, recreated and reiterated across the hard forks of time itself—jokedao aims to be nothing less than to be the greatest decentralized joke protocol of all time.

Why does that matter? Well, you can buy $JOKE by going to uniswap (app.uniswap.org/#/swap) and trading eth for $JOKE by pasting the address above.

Once you have $JOKE, either by purchasing it or receiving it in airdrops, you can see it in metamask by clicking “Assets” → “Import Tokens” → “Custom Token” and inputting the contract address above.

Of course, it’s worth a reminder: neither $JOKE nor jokedao NFTs are intended to be financial investments entitling holders to any kind of return, and their purpose is strictly for the utility of voting in the jokerace and governing the jokedao treasury.